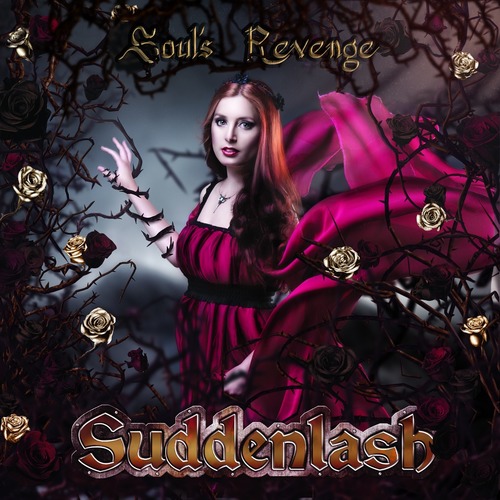 This is our first album released in 2013. You can get a dedicated CD signed by all the band members directly from us.

You can listen to the teaser here:

Here you can read some reviews about this album:

“…A studio album may impact, surprise, or just be pleasant, but very few are really able to move, to reach deep inside the listener. This is precisely what happens with Suddenlash’s first CD, Soul’s Revenge…”“… their works go much further than what we usually label as “Symphonic Metal”. The songs are truly well built, and both David’s orchestral knowledge and Lidia’s vocal exquisiteness achieve real creative originality throughout the disc.”

“… Perhaps what is most noteworthy in “Soul’s Revenge” is the emotional quality that is developed all over the work. Suddenlash immerses us in a complete musical adventure.”“… Suddenlash -with “Soul’s Revenge”- shows a new card against which most bands can’t play at all. It excels because of their unique features that make a difference inside the overpopulated metal scene…”

“… In Suddenlash we find a real, consistent Soundtrack Symphonic Metal. It is even possible that the Spanish band is defining the genre…”

“… The Spanish band was one of the year’s most important revelations. Suddenlash merges different styles derived from classical music inside a Metal frame and so the band brought us a new style of cinematic Metal, but very far from what Luca Turilli is making, thus it was quite a surprise for everybody.”